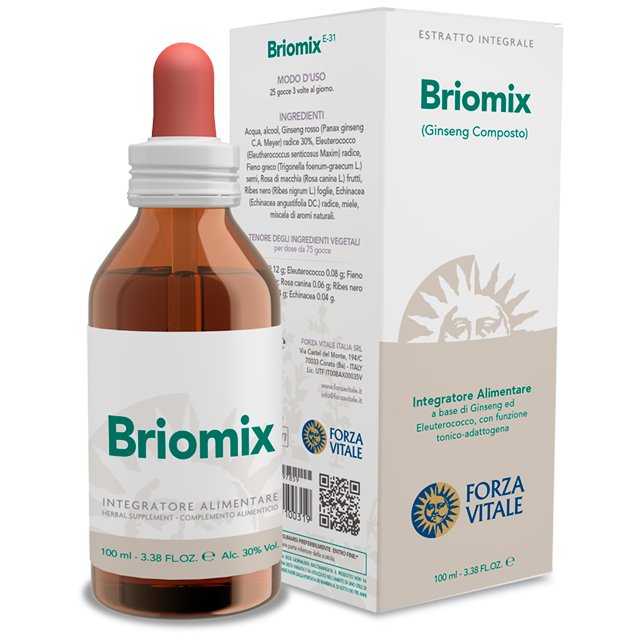 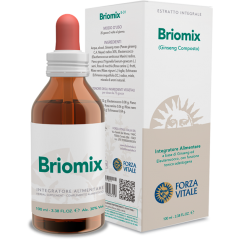 Based on Ginseng and Eleutherococcus, useful to promote the physiological well-being of the nervous system.

From Ginseng in herbal medicine the roots are used, which have tonic and stimulating properties; The characteristic components of ginseng are a group of triterpenic saponins called ginsenosides, which based on the structure of their aglycon can be subdivided into two classes: derivatives of protopanaxadiol (Rb1, vRb2, Rc, Rd) and of protopanaxtriol (Rg1, Re, Rf, Rg2). In ginseng, polysaccharides (mainly pectins and glucans) and an essential oil containing sesquiterpene alcohols are also present.

Experimental studies, conducted from the 1950s on, have shown the beneficial properties of ginseng, with different experimental models capable of assessing the endurance capacity of animals in the face of stress. Ginseng has been shown to protect animals from a series of stimuli of diverse nature (physical, chemical and pharmacological); being also able to antagonize stress-induced immunosuppression.

Ginseng is capable of increasing the production of corticosteroids by indirect action, through the stimulation of ACTH release, on the hypothalamic-pituitary axis. Among the secondary functions, we find effects on the normalization of blood pressure, positive effects on memory, effects on the reduction of glucose levels and emetic lipids, antiplatelet effect, immunostimulatory effect, detoxifying effect; in addition to positive effects on the ability to improve erectile function in men. The adaptogenic properties of Eleutherococcus have been widely studied in the former Soviet Union. The most recent studies reported in the international literature have shown pharmacological effects on animals, similar to Panax ginseng (immunostimulating, antiviral, antioxidant, antitumor and cholesterol-lowering effects). Eleutherococcus increases resistance to stress; its effect would involve the stimulation of steroidogenesis, rather than the release of the hormone ACTH. Wild rose is a plant very rich in vitamin C, for which it has antioxidant properties.

Echinacea has immunostimulating properties (in the angustifolia variety). Iron-Vitale®- Forza Vitale uses in its own specific compounds mixtures obtained by a Spagyric-Alchemic elaboration, of plants characterized by a macrocosmic energy signature, naturally containing traces of colloidal trace elements, such to amplify the effect of the product on the specific organ or the interested system.

These naturally obtained food additives act as a support to transport the biochemical principles of the extract and guarantee the energetic stability of the Espagírico product.


By buying this product you can collect up to 20 loyalty points. Your cart will total 20 points that can be converted into a voucher of €0.60.